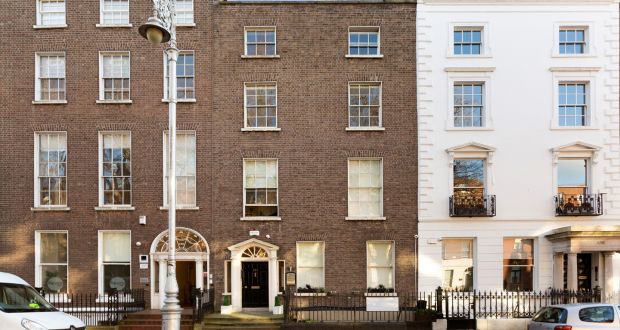 For movers and shakers of a certain vintage, and certainly for those who held sway in the areas of politics, media and the law during the Celtic Tiger era, Joys Nite Club served as the destination of choice for a late, late drink and a dance.

In the first volume of his autobiography, The Rocky Road, writer and broadcaster Eamon Dunphy recalls it as a place where on any given night you might encounter the likes of U2’s manager Paul McGuinness, the late PJ Mara, and no less than two future taoisigh, namely Enda Kenny and Brian Cowen.

“It was the last place open in town, a place where separated, divorced or people who couldn’t sleep, tended to go. It had that whiff of desperation and despair. Obviously the drink was an anaesthetic. I think very fondly of Joys. Most of us do,” Dunphy says.

While Joys may be no more, the space it occupies is expected to be of interest to bar and restaurant operators seeking somewhere to capture the zeitgeist of the post-pandemic return of Dublin’s nightlife economy.

The property is being offered to the market by agent Finnegan Menton as part of the overall sale of No 127 Lower Baggot Street, a freehold five-storey Georgian commercial premises situated four doors from the junction with Pembroke Street.

Built around 1800, the former townhouse has a traditional redbrick front elevation with an attractive front door case with spoked fanlight and slender sidelights. Many of the original features are intact throughout the building. The property extends to a total floor area of 393.3sq m (4,233sq ft) with a garden patio area of 45sq m (500sq ft) and three or four car parking spaces.

The building has been extended at basement level to accommodate the aforementioned open-plan (137sq m/1,470sq ft ) nightclub and restaurant premises.

According to the selling agent, there is already strong interest in leasing the basement which would be expected to rent for an additional €45,000- €50,000 per annum, which would bring the (existing and potential) net income to between €150,000 and €160,000 per annum.

Nicholas Corson of Finnegan Menton says: “This property is likely to be of interest to both owner-occupiers and investors. The nightclub could alternatively be converted (subject to planning) to open-plan office use although it seems most likely that the former Joys could once more be the go-to late-night bar or the latest trendy eatery in Dublin 2.”

The freehold interest in the building together with rear car parking area is for sale at a quoting price of €2.2 million which equates to €520 per square foot.

The figure being sought compares favourably to recent Georgian sales within the immediate area. Finnegan Menton secured just under €2.2 million, or €613 per sq ft for a smaller building at No 16 Upper Fitzwilliam Street. Let on a single lease, No 16 produces an income of €130,000 per annum, or a net yield of about 5.4 per cent.